This morning, on the way to work, I popped into the hardware store. It wasn’t for the usual light bulb “erm… I can’t remember type it is, what did I get last time?” or washer “can I just get one of those?”. No, it was for a pile of paper dating from 1976 (and 1955) which could be the start of a community-led plan for use of some land in Broomhill.

After a long campaign from parents and many others, we have managed to secure the rebuilding of the Broomhill school. The school has been on two sites since the Annex was built as a ‘temporary’ measure in the 1950s. It was still in use until last year when construction on the new school started at last, 60 years after the temporary prefab was built.

The school will, once again, be on one site and the land where the Annex is, will become vacant.

This is a great opportunity for creating a resource for the community and so a project to look into the options we have for the site has just started.

We only just have a name ‘The Broomhill Project’ tag line ‘Annex: What Next?’ And we haven’t even started collecting ideas and opinions from the community, but when I tweeted about the plans things started to get interesting.

Turns out these are potentially quite interesting documents suggesting that the land was given over from park to school on the understanding  that it would be returned to use as a park afterwards: see this extract 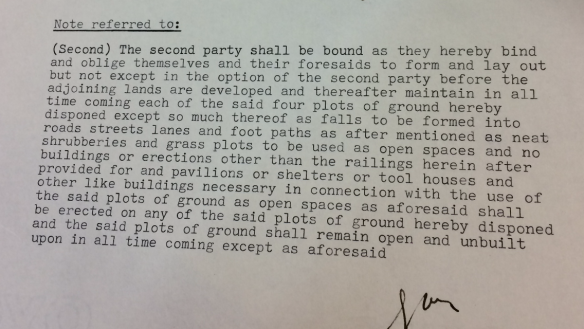 However there is an awful lot of impenetrable legalese in these pages and a lot more paperwork as well so it’s probably hard to draw conclusions yet. Suffice to say, it’s all a pretty good start to the project and that’s all before we have even properly got started.

Over the next few months the plan is to speak to as many groups as possible around Broomhill to gauge ideas and then start working up options and business plans. We’ll be looking for people with specific skills to input to the project too. Soon we’ll have a website with information and mailing list and ways of getting in touch (look out for us at the school summer fair). But in the meantime, if anyone can translate these documents into words of one syllable, that would be much appreciated. 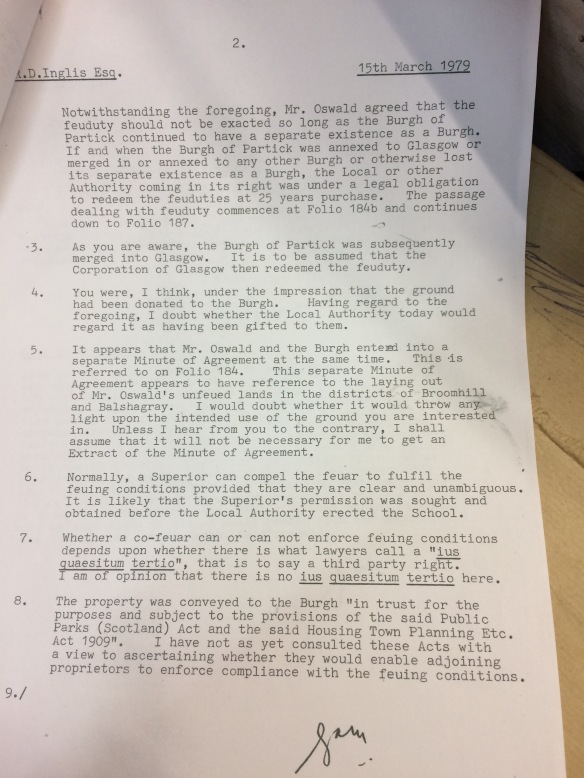