I had a little giggle today and I thought I’d share it with you.

.
I have a portaloo. I should have organised it myself but Builder#3 offered to arrange it and it was one less thing on the to do list. I use the portaloo sometimes but generally I wander up to my neighbour the fisherman’s barn and use his outside loo, which he very kindly offered me the use of. It seems to double as his cold store and contains shelves  of cans of beer and bottles of cider, however it isn’t the booze that’s the main attraction to me. It’s the flush and the hot and cold running water.

All was going well with the portaloo until Builder#4 came on site to do the plaster-boarding. Now it wasn’t that there were too many people on site – Builder#4 and his two guys may have been staying over in a caravan in site but they arriving Monday afternoons and generally leaving by Wednesday.

.
But he complained a lot about the state of the loo. I kept calling Builder#3 to try and sort it out. I wasn’t clear whether it was being emptied and what the problem was.

.
Well not until today. Today the man came to clear it out and I discovered that the reason the loo was in a state was because it was blocking because Builder#4’s baby wipes are blocking the pipes.

‘Just to let you know that if you do use baby wipes please put them in a seperate bin’ I said to them.

.
‘We don’t use baby wipes’ yelled one of them from the scaffolding. 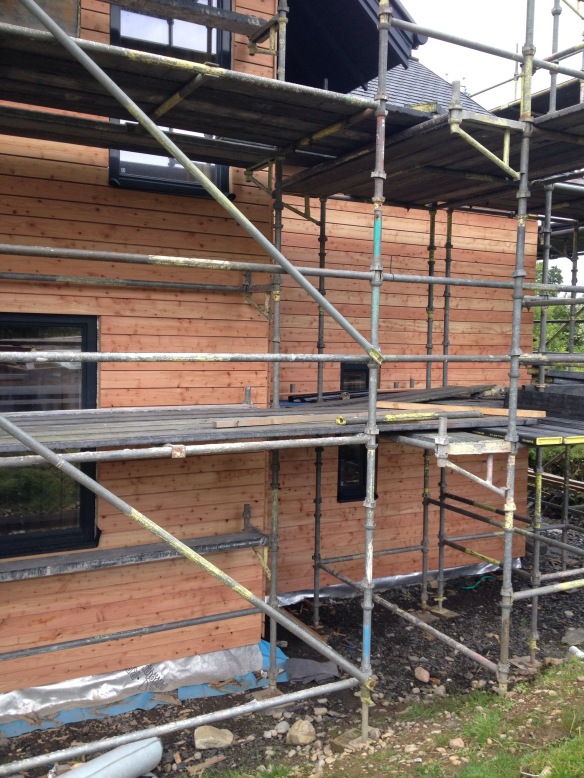