The end is nigh.

It really is. We are in the last days of the build and I’m feeling antsy, annoyed, impatient, and uncharacteristically pedantic. It’s like being two weeks past your due-date and no sign of baby. Except this baby is at least four months overdue.

My day-job’s been frustratingly busy, the builder has been even harder to get hold of than normal and every time I go up to the house the progress seems infinitesimal.

Last weekend up at the house, hoping to see it all done and ready for the very last little bits of taping and painting, I found plenty to add to my annoyance. Which wasn’t helped by anxieties over the return journey to Glasgow into the teeth of Storm Henry and its forecast 80mph winds.

Over the long process of building this house there have been plenty of serious and challenging issues: a missing piece of structural metalwork, big holes drilled through a main supporting beam, windows in the wrong places and badly installed. All, I am pleased to report, I navigated with measure and calm.  But finding that the hole in the ceiling where the electrician had moved the dining area light hadn’t been filled with plasterboard and then spotting, a while later,  that the hole awaiting a light in the utility room had been filled in instead sent me into a tiny boiling rage.

It was made infinitely worse when I discovered that the work done to ameliorate a weird bit between the bottom of doors and where the screed started had breached the airtight envelope and now the force of storm Henry gathering his fury for the afternoon climax was blowing into my living room from under the wooden flooring. My tiny rage intensified and I shouted at an imaginary Stephen as I stomped about the empty house.

“The whole sodding point of building this house* was for it to be airtight” I wailed.

The trials and tortures of planning and building this house that I had endured over the past three years all was wasted on the second-last day of works in the house. I was miserable.

One eggy-bread-fried-cheese sandwich later I felt I had things slightly more in proportion and I sent the photo and airtightness woes to Stephen. The next day the Oban road was closed due to a fire at the Appin garage and the A82 over Rannoch moor was closed to high sided vehicles. I left into the wild gale, passing two articulated lorries and a van on their sides in the bog on Rannoch Moor and wondering whether the end really was nigh.

The next day I managed to speak to Stephen on the phone about the various crisies. He laid my mind at rest; the membrane was in the incorrect position and it was now right. They’d do what needed to be done to make it better. It hadn’t crossed my mind before, but I think it must be the builder equivalent of bedside manner. Whenever I speak to Stephen about some earth-shatteringly horrific house-related disaster or worrying niggle, I come away feeling far better about it. It’s hard to pin down how he does it, but I suspect it’s a combination of agreeing with me, and suggesting a solution to the problem, or suggesting he has a look at it, but I think it is something that all builders should be able to do.

I was chatting with a GP friend  later that evening.  She had spent the day being the examiner for a cohort of new doctors wanting to become GPs. They were being tested in role play situations with actors to see whether they would make the cut as GPs. Essentially it was a test of bedside manner, and many failed it. I wondered whether there was the equivalent for builders…

But bedside manner or no, I need this house airtight and airtight it shall be. (And the air is still leaking in on the latest update). I may be the last person you would associate with pedantry, but pedantic is what I plan to be on this one. Scott the architect would be proud of me. 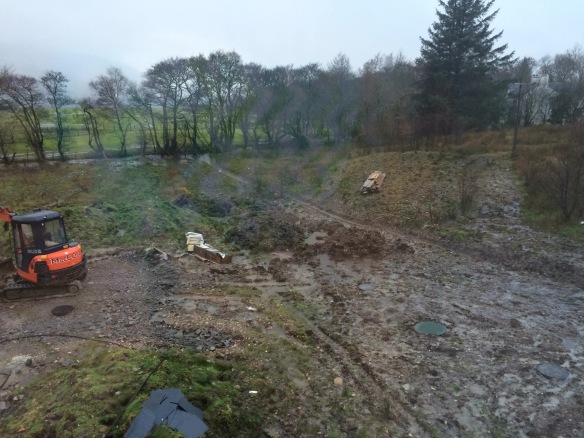 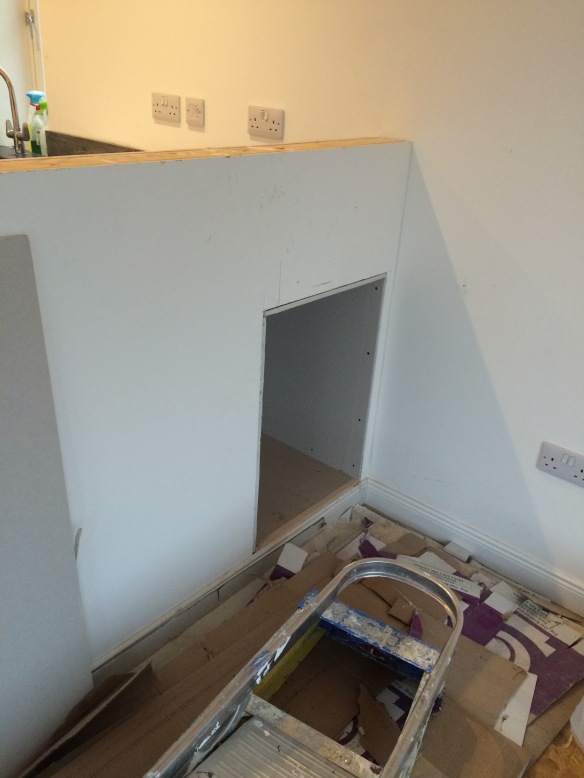